Goals scored or created using a hand or arm, even if accidental, will be banned next season after football lawmakers approved several rule changes.

The International FA Board (IFAB) voted to ‘fine-tune’ certain laws at its annual general meeting in Aberdeen on Saturday and among the changes was an attempt to end confusion over ‘deliberate’ contact with the ball.

“On the subject of the definition of handball, a decision has been taken by the IFAB to provide a more precise and detailed definition of what constitutes handball, in particular with regard to the occasions when undeliberate/accidental handball will penalized,” read an IFAB statement. 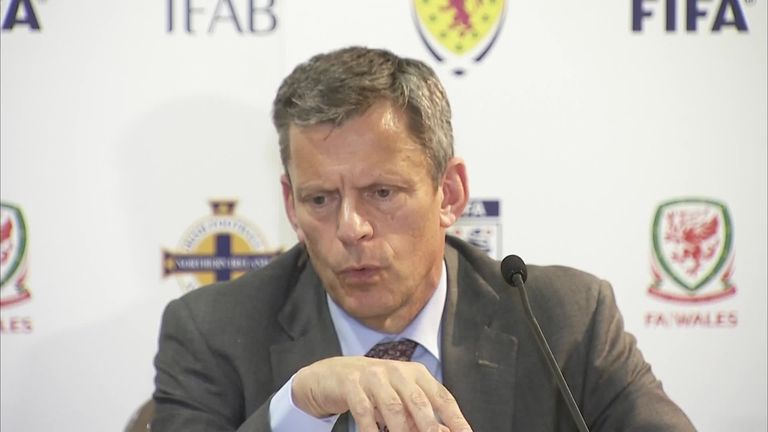 In other changes approved by the IFAB, substitutes will have to leave the pitch at the nearest goal line or touchline instead of walking to their technical area in a bid to stop losing ground. time.

“Following experiences in different parts of the world, the AGM has also approved changes to the Laws of the Game regarding the fact that a substituted player must leave the field of play at the nearest boundary line, cards yellow and red for misconduct by team officials and the ball not having to leave the penalty area during goal kicks and free kicks by the defending team in the penalty area”, said the IFAB.

“Additional changes approved to the law included: measures to deal with attacking players causing problems in the defensive ‘wall’; modification of the drop ball procedure; giving a drop ball in certain situations when the ball touches the referee and the goalkeeper not being required to have one foot on the line during a penalty.”

The IFAB is made up of the original four countries, which each have one vote, and the world governing body, FIFA, which has four votes, while rule changes require at least six votes to be passed. approved.

The legislative body also acknowledged that the introduction of video assistant referees had been a great success.

“Following the historic decision taken a year ago at the IFAB’s 132nd Annual General Meeting to approve the use of VARs, FIFA President Gianni Infantino, together with the other members of the IFAB, expressed satisfaction with the significant impact and success VAR has had,” the IFAB added.

“Partly because of its success at the 2018 FIFA World Cup in Russia, VAR is now an accepted part of football and has brought greater fairness to the game without any significant disruption with criticism taking a mean a little more than a minute once every three games.”